“I’m really excited to welcome Quantum-h back for another year. We’ve enjoyed a lot of success in our time together so far and I’m looking forward to building on that as I continue to take the next step in my career. There’s lots to be excited about and I can’t wait to push on in our journey!”

of marketers place raising brand awareness as one of their top three objectives of influencer marketing campaigns.

higher retention among customers acquired via influencer marketing over other channels.

Aligning Esmee’s brand and PR values with Quantum-h to determine the best and most effective way we can help support Esmee moving forward.

Esmee and Quantum-h both highly value and are strongly aligned on female empowerment and diversity in sports. Working together to not only raise awareness, but to inspire and empower young women in sports and their other endeavors. This increases and strengthens Esmee’s brand in a way that is personal and important to her. 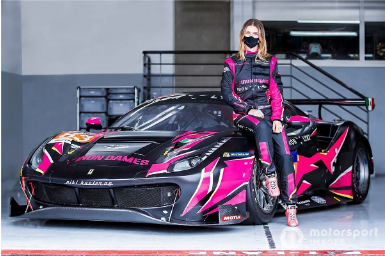 +Builds trust between individual and fans

+Promotion of diversity, inclusion, and opportunity

Although many influencers and sports personalities can build their own brand, Quantum-h provides the additional support, platform and advice to leverage the individuals’ brand in a way that is personal and important to them. In a male-dominated sport such as motorsports, inspiring and empowering women to take part in this plays a huge role in creating opportunities for women and helping them to realize their potential. 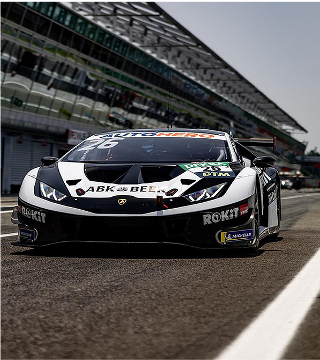 Esmee began racing in karting at the age of nine and moved up to racing cars aged 15, racing a Ginetta junior. In 2016, she progressed to GT racing – driving a Porsche Cayman GT4, becoming vice champion in her very first year.

In 2017, she continued to race a Porsche Cayman GT4 and had multiple wins and fastest laps, as well as winning the Brighton Speed Trials for Porsche GB. At the end of 2017, she was chosen as a finalist in the Porsche GB Junior shootout. After a close fought battle, she was highly praised by Porsche GB Motorsport Management. In 2018, Esmee was the Brand Ambassador for the Jardine group’s Porsche Centre South London. Following on the path of the Porsche Motorsport Pyramid, Esmee moved up to compete in the Porsche Carrera Cup GB Championship – the fastest one-make series in the UK.

2019 was a busy time for Esmee as she took part in the W Series, her first time racing a single seater of any type. Learning lots and demonstrating her raw ability with a superb qualifying session at Brands Hatch, where she qualified third fastest, she narrowly missed out on automatically securing a spot in the series again for 2020.

The 2020 season marked a return to the Porsche Carrera Cup GB championship for a third-straight season, alongside a new role as MB Motorsport accelerated by Blue Square’s Official Development Driver – where Esmee became the first female driver to compete in an official BTCC session since 2007 at the series’ pre-season tyre test.

In Carrera Cup GB, she enjoyed a stand-out season, dominating the Pro-Am championship with an outstanding nine wins and 15 podiums from 16 races. This meant she became the series’ first female champion in its 18-year history.

For 2021, Esmee makes yet another step forward in her career as she joins T3 Motorsport in the revered DTM championship. She will race the team’s #26 Lamborghini Huracán GT3 at some of the most famous circuits in the world including the Nürburgring and Monza. 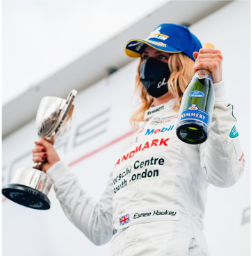 “I’m really excited to welcome Quantum-h back for another year. We’ve enjoyed a lot of success in our time together so far and I’m looking forward to building on that as I continue to take the next step in my career. There’s lots to be excited about and I can’t wait to push on in our journey!”